There’s a much-quoted passage from Wang Bi’s General Remarks on the Zhouyi about concepts and images:

(From RJ Lynn, Classic of Changes – the complete Yijing with all ten Wings and Wang Bi’s original commentary.)

Now, I know next to nothing about Wang Bi’s thought, and I’m quoting excerpts out of context – and also out of the historical context within which he was writing. I believe he was emphasising that images are metaphors and point beyond themselves, rather than necessarily trying to argue that imagery is basically redundant and can be usefully discarded in favour of abstractions.

However, his choice of words (and imagery!) does lend itself to support of that view… so here’s another quotation, in support of an alternative.

This is from James Hillman, A Blue Fire, talking about dream imagery:

So Hillman agrees that once you have the concept, you might discard the image… he just doesn’t see this as such a helpful move.

“But I think you need them all the time, you need that very image you had during the night. For example, a policeman, chasing you down the street… you need that image, because that image keeps you in an imaginative possibility … if you say, ‘Oh, my guilt complex is loose again and is chasing me down the street,’ it’s a different feeling, because you’ve taken up the unknown policeman into your ego system of what you know, your guilt. You’ve absorbed the unknown into the known (made the unconscious conscious) and nothing, absolutely nothing has happened, nothing. You’re really safe from that policeman, and you can go to sleep again.”

There are two pages here I could happily quote in their entirety… but just three more sentences:

“The image is always more inclusive, more complex than the concept.“

“The images are where the psyche is.”

“The gift of an image is that it affords a place to watch your soul.”

This corresponds with my own experience from readings with Yi. Its images – made of lines, trigrams, words, deep etymological roots, allusions to myth and legend… – are not reducible to concepts, and not replaceable in the divination process. (This is why I go on endlessly about how vital it is to have a translation that gives you as much access as possible to that original richness of imagery. Even if the author has done a superlative job of expressing the a concept behind the image, this is not the gift.)

It’s one thing to consider how you need better ‘personal boundaries’ when responding to other people’s emotions. It’s something else altogether to be given the image of your self as a mountain with space for a lake. This can become part of your bodily awareness of your emotions, and allows you to change and recreate your sense of self out of this new imagery.

And again… it’s one thing to cogitate on the importance of courage and action amidst the unknown; quite another to imagine how your ‘connected heart’ could be like water flowing through Repeated Chasms. Or 40.4: understanding you need to let go control is one thing; fully experiencing the relaxation as you physically loosen your grip is different.

I think everyone who gets to know the Yi will experience this effect of its imagery. For instance, there was the time I asked about empathy (experiencing other people’s emotions as my own) and received Hexagram 31, and that mountain and lake became part of me. Yi has the power somehow to reshape your inner landscape.

I often see this at work when reading for others. Advising someone that they need to be strong and confident (not, as a rule, news to anyone) would not be the same as telling them they can change like a tiger. (A remarkable transformation to behold!) What happens here is far beyond anything I might ‘explain’ to the person I’m reading for, or anything that either of us might ‘understand’.

Perhaps this is how an image Yi offers is a different kind of gift from those that arise in dreams – not only a place to watch your soul, as Hillman says, but somehow a place, a shaping force, that allows it to change. 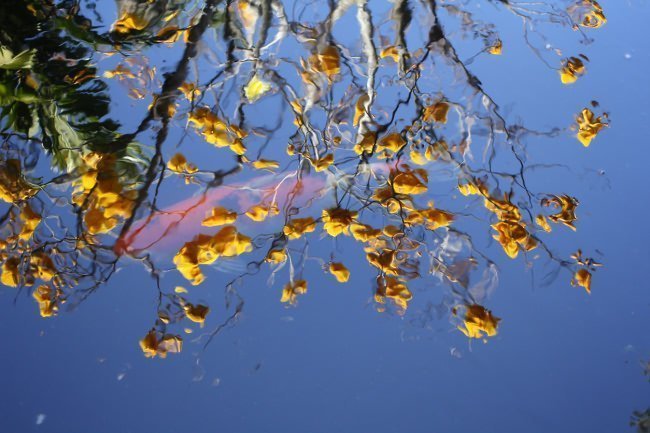 Join Clarity to get
this article as a pdf
← Hexagram 10, Treading
Stephen Karcher: I Ching, the Symbolic Life →

6 responses to A place to watch your soul