Hexagrams 53 and 54, Gradual Advance and the Marrying Maiden, are what Stephen Karcher calls ‘The Great Marriages’. So what does ‘marriage’ mean?

To a large extent, that depends on your perspective: in old China, marriage for the man means opening his home to a newcomer and all the change she will bring, while marriage for the woman (as in this hexagram pair) means coming home into a new place. Those are two quite different experiences that work quite differently as images in readings. But in the most general terms, marriage means joining, becoming part of something larger than you are, to some extent merging your identity into it, so that your growth and its growth coincide. And ongoing growth and movement is a core theme for Hexagram 53: the geese are still in flight in the sixth line, and the commentary on the Oracle says, ‘Keeping still and penetrating: this makes the movement inexhaustible.’

Of course, this is a fascinating hexagram to receive about a relationship – and of course, it also describes many other things: how a career is transformed through a new job; how a business evolves through growing relationships; how someone ‘comes home’ into health, as a whole, integrated individual. All kinds of journey-growth-transformation in joining-union-homecoming – all kinds of marriage.

Hexagrams 53 and 54 are both about a woman’s marriage: coming into a new and bigger place, which is also coming home. They’re an inverse pair, two perspectives on the same experience. (To see what I mean, draw hexagram 53, and turn the paper through 180 degrees so you’re looking at it from the other end :). ) They’re also a complementary pair, polar opposite experiences that fit together to create something complete. You can be compelled to change by being transplanted, like the marrying maiden, into something you’re not ready for and must grow into. Or you can evolve as part of a situation that evolves with you – though naturally this has to happen at the pace of the slowest partner or element in the union:

‘Gradual Progress: the marrying woman waits for the man to act.’

says the Zagua. (This sometimes means waiting for another person, sometimes waiting for some part of yourself to catch up.) Without this waiting, the tremendous gradualness of Hexagram 53, it couldn’t be a marriage at all. ‘Constancy bears fruit’ because the journey is so gradual that it’s easy (not least in our instant-gratification culture) to forget where we’re going, or imagine that we’re making no progress at all.

On the face of it, it seems odd that the marriages would come where they do in the Sequence. We undergo Radical Change and revolution; the old is overthrown, the new is established as the Vessel is cast. We experience this as Shock and respond with Stilling. Next there will be the portents at Feng and the Mandate of Heaven – but first, interspersed abruptly into all this epic historical drama, there are marriages. At 53.3, we even get an unexpected insight into these grand military campaigns from a more human perspective:

‘The wild geese gradually progress to the high plateau.
The husband marches out and does not return,
The wife is pregnant, but does not raise the child.
Pitfall.
Fruitful to resist outlaws.’

The husband has marched out to war (it’s the same character I usually translate as ‘setting out to bring order’), and the wife is left alone. We’re in the territory of many soldiers’ laments in the Shijing, as they trudge in the dust behind the carts, wondering who will feed their families. The best anyone can do is to resist outlaws – fight off bandits, and hence fight to stay within the fabric of marriage and society, even as it’s stressed to its limits.

So on the one hand Hexagram 53 is an abrupt switch into domesticity… and on the other hand, maybe not so abrupt or strange, if you think of how the eldest son works through Shock to restore a sense of continuity, and how family is its ultimate guarantee.

This hexagram’s traditionally associated with the ceremonial preparations that lead up to marriage – only, if you look at the moving lines, it’s clearly also about the course of the marriage itself. Successful child-rearing is supremely important: it maintains the chain of connections from the living world through the ancestral spirits to heaven.

It seems as though the journey through the lines is travelling in the same direction, from the shore to the high plateau and beyond. The high plateau is no place for geese to live, of course, and so in the third line it’s associated with the disastrous failure to raise the child. But in the sixth line, I imagine we have a couple who have travelled beyond childbearing age. ‘Their feathers can be used to perform the sacred dances. Good fortune.’ Richard Rutt says this is a ‘ritual dance before the ancestral shrine.’ And Bradford Hatcher says, ‘See the Buddhist Heart Sutra’s line: gate gate paragate parasamgate bodhi svaha. Gone, gone, gone beyond, completely gone beyond: waking up: hooray!’

Gradual Advance is a steady flow, through to its objective and beyond. You can see from the name of the hexagram, the old Chinese character, that it isn’t a headlong rush:

LiSe explains the components: the flowing water, the wheel, and the channel cut for the water to flow through. Running water is a potent force – flowing free, it can sweep away all you have; channelled, it brings life and power. Or as Ernest Thompson Seton (one of my favourite authors growing up) puts it:

“There is magic in running water. Who does not know it and feel it? The railroad builder fearlessly throws his bank across the wide bog or lake, or the sea itself, but the tiniest rill of running water he treats with great respect, studies its wish and its way and gives it all it seems to ask.”

Marriage is a ‘channel’ itself:

“The love between man and woman that marriage engendered and the emotions and jealousies it provoked was considered a potent and dangerous emotion that doubled the creative force of the cosmos, the connection between Heaven and Earth. It was channelled and articulated in the marriage rites and the River-Mountain festivals and was seen as an image of the fundamental process of Change.”

This is from Karcher’s Total I Ching, and I think it’s an important aspect of 53: we’re channelling a potent, potentially destructive moving force into creative and life-sustaining ways. Other hexagrams also talk about handling and responding to great energies (10 and 11 come to mind), but 53 lays especial emphasis on how gradual this is, so that it becomes a journey, and ‘constancy bears fruit.’

The Image also talks about a gradual change:

‘On the mountain is a tree. Gradual advance.
A noble one abides in virtuous character and improves the ordinary.’

“The tree on the mountain grows very slowly compared to the one in the valley; it needs to put down strong roots. As it grows, it creates a micro-habitat around it, gradually, subtly changing the nature of its environment. The noble one’s good character has the same effect, causing a gradual evolution in the habits of ordinary life. Inwardly as still and firm as the mountain, she settles into her high standards as if into a home, and reaches out in kindness like a growing tree.”

It’s interesting to compare this to the hexagram of betrothal: 31, Influence. (31, for the record, is not paired with its complementary hexagram, but it is formed of complementary trigrams, which is a whole other subject.) It also talks of marriage, but from the male perspective: ‘taking a woman, good fortune.’ And it also has an inner mountain, which allows space for the lake above it – or you could say that the lake opens up the mountain, so the noble one ‘accepts people with emptiness.’ Hexagram 53 is the woman’s marriage, integrating with the new place, and its outer trigram is xun: it puts down roots into the mountain, or transforms the mountain (inherited from Hexagram 52) into organic matter, turning independence into growth through connection. 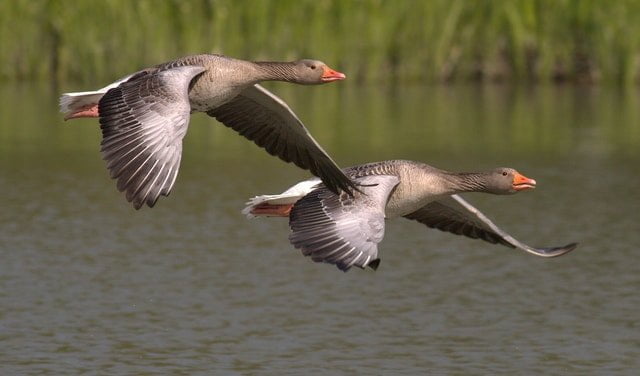 ← Deeper waters
Camped on the left →