Hexagram 8 is called Bi  – 比 – a very ancient, simple character that originally depicts two people side by side. It implies both that they’re together, and that they can be compared to one another, and so the word means belonging, seeking union, holding together, comparing, neighbouring, side-by-side… really, to translate the name of the hexagram we need a single English word for ‘the-desire-for-union-that-inspires-comparing-and-hence-sensing-affinity-and-hence-being-drawn-to-belong-and-stand-together’.

‘Seeking union, good fortune.
At the origin of oracle consultation,
From the source, ever-flowing constancy.
No mistake.
Not at rest, coming on all sides.
For the latecomer, pitfall.’

So the first thing to know about Seeking Union is that it is lucky, it is blessed – just in itself, with no added conditions.

Next, that this is the ‘origin of consulting the oracle, from the source, ever-flowing constancy, no mistake.’ Since ‘constancy’ also refers to divination – to the whole act, from insight to carrying that truth through into the world – this section reads as a single statement about divination. Richard Rutt groups the words slightly differently, and translates,

There is an immediate initial connection to the divine, and then what flows from there, how it works out over time, is without mistake.

Only… what has that to do with Bi? What connects

‘At the origin of oracle consultation,
From the source, ever-flowing constancy.
No mistake.’

And come to that, what connects either of them with,

‘Not at rest, coming on all sides.
For the latecomer, pitfall.’

To begin at the end – those lines about the restless ones who come, and the pitfall for the latecomer, allude to the story of Yu the Great. After decades of hard toil, he had conquered the floods, and he called the lords and spirits together to found a new world. The character translated ‘on all sides’ is Fang, and it was Fang Feng who came late to Yu’s gathering and was executed. (Fang Feng was a ruler of winds, that blow to and fro; in practice, in readings, there’s often a demon of indecision and procrastination to be dealt with.)

Wilhelm explains the underlying natural logic of this: the straggler who arrives after bonds have already formed between people is automatically excluded. The story of Yu further suggests an act of exclusion of whatever doesn’t belong. Really, these are ways of seeing the same thing: Yu is the embodiment of the group’s natural inner power of cohesion and attraction, which excludes the hesitant latecomer.

Yu’s flood work, that makes this Union possible, was to cause the rivers to flow over the earth to the ocean – you can see this in the component trigrams of Hexagram 8, which show flowing water above, earth below:

(You might also see the ‘story until now’ in the preceding hexagrams of the Sequence.)

Yu separated earth from water, and he also separated people from demons. According to stories cited by Anne Birrell in Chinese Mythology, he both killed and banished demons, and also forged vessels to represent hostile beings:

‘He forged cauldrons in the image of these creatures. He took precautionary measures against all living things on behalf of the people, to make sure that they knew which were the malign spirits. Therefore, when the people went on rivers or entered marshes, or went on mountains or into forests, they never came across adverse beings; neither goblins nor trolls could ever run into them.’

It seems to me that Yu’s work was to bring together what belonged together and separate out what didn’t – that he did comparing-contrasting work.

To do this bi work, you have to be able to identify what belongs – and this is where divination comes in. The core line here:

(Those are two different characters both pronounced yuan, and with overlapping meanings of ‘original source’. The first of them means specifically the source of a spring, and yong ‘ever-flowing’ in its oldest form shows a human figure swimming in the current of a river – the watery imagery a reminder of Yu’s labours.)

The oracle consultation referred to here is clearly, specifically divination with stalks: the first such divination, its origin. Why stalks, not the more ancient tortoise plastrons? Could it be because the tortoise oracle says, in essence, either ‘Yes, the spirits are with you in this idea of yours’ or ‘no, they aren’t’, but the stalks say, ‘Here is an image of how it is’? Like Yu, Yi makes images for us so we can recognise what we’re seeing.

I think that’s what we really ask Yi for: a picture, a pattern for comparison. ‘What’s happening?’ ‘Here – this is.’ ‘What if I did this?’ ‘You’d be doing this – here, have a look.’ We look at the picture Yi offers and recognise the pattern it invites us to see. ‘Oh,’ we say, ‘It’s like that.‘ We get a feel for the situation; we get the picture.

Looking back for a moment through the Sequence: Hexagram 6, where the waters rage below heaven, says, ‘No, not that!’ Hexagram 7, where the waters flow under the earth, gathers energy around that unacceptable thing in order to resolve it. To switch metaphors midstream, Hexagram 7’s creative centre is like the grit in the oyster. Hexagram 8 is more like the formation of a crystal: it has an inner organising principle.

The Zagua (Contrasting Hexagrams) says Seeking Union is joy and the Army is sadness or anxiety. I’ve just realised this doesn’t only refer to how the hexagram makes you feel, but also the nature of its motivating force: one says, ‘No, not like that,’ the other says, ‘Yes, like this.’ (But as the Xugua (Hexagrams in Sequence) indicates, awareness of ‘like this’ is an emergent property of the crowds Hexagram 7 gathers.)

‘Seeking union, good fortune.
At the origin of oracle consultation,
From the source, ever-flowing constancy.
No mistake.
Not at rest, coming on all sides.
For the latecomer, pitfall.’

To Seek Union, to compare and see what belongs together, you divine to see the pattern and inner nature of things. From that original awareness flows a consistent, cohesive way of being; everything – people, ideas, actions – will hold together and will not fall out of alignment. This alignment works like lines of magnetic force to draw people towards you, just as the many beings came to Yu’s gathering to found the Xia dynasty, and just as many potential allies were drawn to the harmonious realm of the Zhou in their early days under King Wen. And for those who hesitate and come late – pitfall. 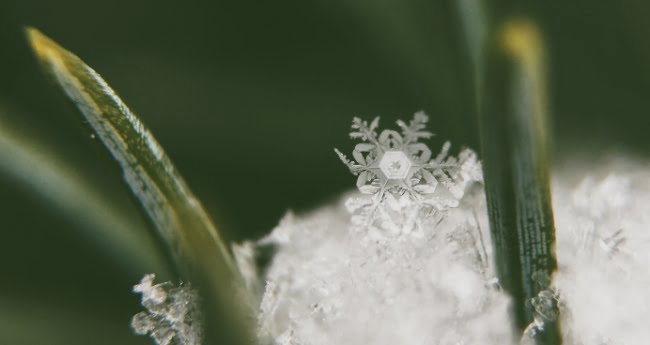 ← What do you give, when you give a reading?
Why reading for others can be hard →