Possibly the most Frequently Asked Question about interpreting readings:

‘This line says one thing, but that one says the opposite! How can I make sense of the reading when it contradicts itself?’

It happens a lot: you ask how to go about something, and one hexagram says it’s fruitful to cross the great river, and the other says not. Or you ask what if you try this, and one line says it’s wonderful and the next says it’s a disaster. This is genuinely confusing…

…until you realise that Yi may talk about contexts as well as experiences, and causes as well as effects. In other words, it can say, ‘If… then…’ – and it does this quite often.

Sometimes it does this even within a single line. Think of the ones that explicitly describe two different kinds of people:

‘A prince makes a summer offering to the son of heaven.
Small people are in no way capable of this.’

‘Small people use vigour,
Noble one uses a net.
Constancy: danger.
The ram butts a hedge,
Entangles his horns.’

Then there are lines that depict two alternative scenarios, but without making the distinction between them quite so obvious:

‘Vigour in the cheekbones means a pitfall.
Noble one decides, decides.
Goes alone, meets the rain,
And is indignant as if he were soaked through.
Not a mistake.’

If there’s scolding in the household, then expect regrets and danger but good fortune, but if the woman is giggling with the children, then there’ll be shame in the end. If your strength is in your cheekbones, then this means misfortune – but if instead you are like the noble one who goes decisively into the rain and suffers the indignity of a soaking, then nothing will be wrong.

‘Constancy, good fortune.
Regrets vanish.
The hedge broken through, no entanglement.
Vigour in the axle straps of a great cart.’

‘The ram butts the hedge.
Cannot pull back, cannot follow through,
No direction bears fruit.
Hardship, and hence good fortune.’

…and suppose you’d asked a ‘what if?’ question, like ‘What if I take this up with them?’ or ‘What if I lodge a complaint?’ Now you have an answer that says both you will break through the hedge and be free, and that you’ll get hopelessly stuck. So which is it?

Well… if you are at line 4, then you break through; if you are at line 6, then you get stuck. Or… insofar as you act like line 4 or line 6, here’s what you can expect. Having a well-constructed cart with especially strong connecting pieces is one thing, and barging in relying just on your own muscle and unfortunately-curly horns is another. ‘What if I lodge a complaint?’ ‘Well, it depends how you go about it…’

It can be trickier than that, of course. Suppose you ask a similar ‘What if I…?’ sort of question and Yi gives you 28.3.4 as your answer:

‘The ridgepole at its peak, good fortune.
If there is more, shame.’

Since these lines can’t both be true at once (Schrödinger’s Ridgepole?), they must be alternatives. Either the ridgepole will just about hold up, which would be good, or it won’t, and that would be disastrous. But where’s the ‘if…’ to these ‘then’s? How can you tell which line you’re occupying/embodying, and how can you avoid line 3?

Yi is still telling you these things – just through the broader context instead of in the words of the line itself. There’s the difference between third and fourth lines in general, for instance: their position within the structure, the stance or approach they imply. Also, there are the zhi gua – the individual hexagrams created by each line’s change: line 3 alone would change to Hexagram 47, line 4 to Hexagram 48. So instead of, ‘If you’re acting more like a ram, then…’, this reading’s saying, ‘If your perspective on this is more like line 3, and if you’re approaching/feeling it in a more 47-ish way, then…’

And beyond those two essentials, line position and zhi gua – both covered in the Foundations Course – you could also look at the full line pathways, or the associated lines in the nuclear story, or each line’s position relative to the hexagram’s component trigrams. If you’re ready to look, then you’re likely to find all the clarity and distinctions and in-depth explanation you could want within your reading. 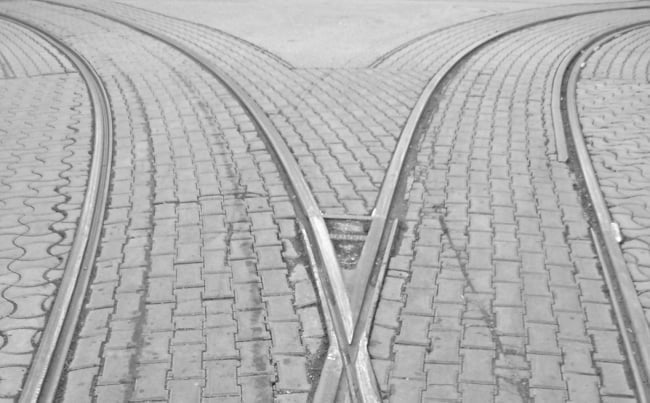 One response to ‘If, then’