Things that come in threes

One of many things about Yi that I first became aware of when Scott Davis pointed it out: there’s a tendency for motifs to occur three times. (He gives the example of whether words are trusted – not in 43.4, not in 47 – not until 49.3, when words of revolution have gone round three times.)

Why three times? Perhaps because three points are the minimum to develop an idea, or describe the arc of a story: thesis, antithesis, synthesis; beginning, middle and end. The ‘boundaries’ motif I wrote about before is one such; here is another.

The custom that’s said to be behind this phrase is an odd one. Traditionally, the groom would come to the bride’s home with much pomp and splendour – fine horses, a shining carriage, a grand escort. But there was also a custom of the groom and his party masquerading as robbers come to steal the bride away. (Perhaps this was for use when the groom was poor and unable to provide a sufficiently splendid procession, so the bride’s family could be spared the shame of giving their daughter away to a poor man. The ‘saving face’ idea doesn’t seem especially relevant to these lines in the Yi, though.)

The core idea is simply that although this looks like someone who has come to steal from you, in reality they are here to offer a partnership that will benefit you. Robbers and marital allies are perfect opposites: robbers are beyond the pale of society; marriage reinforces the social fabric. (The emphasis is on partnership and alliance – marriage as a means of creating relationships between families, perhaps preventing war – rather than romance.)

Unlike the ‘boundaries’ idea – where every line that contains it changes to the trigram kan – this one occurs in a different trigram every time: thunder changing to lake, mountain changing to fire, then fire changing back to thunder. However… the lines do seem to tell a story, and the unfolding trigram changes are part of that.

‘Now sprouting, now hesitating,
Now driving a team of horses.
Not robbers at all, but marital allies.
The child-woman’s constancy – no children.
Ten years go by, then there are children.’

Of course Hexagram 3 is the very beginning of everything – and it’s also the first time the marriage theme appears in the Yi at all. The future bride is still a child herself (following Wu Jing Nuan’s interpretation, which has always felt right to me) so it is far too early for children. All you have to do, though, is to be patient and constant for ten years. If you’re willing to wait that long, and can afford to, then there is no need for hesitancy: a delay might be mistaken for a theft, but it is not at all the same thing.

The line has some very hexagram-3-esque ‘fertile confusion’ about it: the one hesitating, then driving the horses, must be the groom; then there’s an abrupt switch of point of view to the bride and her family, the ones who might mistake marital allies for robbers. And then it’s the woman’s constancy that answers that initial hesitancy. The two perspectives are stirred and mixed together, and by the end of this mini-story they’re united (allied, married…) in the promise of children to come.

Aspects of the structure feed into the line’s meaning…

This is line 2, reaching out for relationship with line 5 (and finding it, since this is yin and that’s yang).

This is the trigram zhen, thunder, action and initiative and setting-things-in-motion, changing to dui, lake, trigram of relationship and fertility. With one line change, action quite naturally and simply translates into relationship – it needs only constancy to carry it through.

‘Now beautiful, now silver-white,
Now a plumed white horse.
Not robbers at all, but marital allies.’

A confession first – this is not the translation you’ll find in my book. I only just realised today that there is a perfect, character-for-character textual parallel between 22.4 and the beginning of 3.2, which I’d completely obscured in my version. Not good. Here it is:

You don’t need to read Chinese to see the parallel.

(Also, I think that 如 ru, when used in these repetitive formulas, describes not just things that are alike, but things that necessarily follow one another swiftly in time.)

This seems to be a much more straightforward story than 3.2. The hesitation has been overcome and we’re underway. There’s almost a breathless feel to it: the horse’s mane and tail streaming out like plumes as if it could fly, sweeping the bride off her feet with its momentum.

However, the commentary on the line points out that there is still a moment of hesitation: ‘Properly positioned, but doubted. …In the end, no question.’ (Hatcher) She still needs to understand that this is not a robber but a marital ally. And actually… that’s quite odd. 22 is a hexagram of demonstrating, making clearly visible, and this groom isn’t dressed up as a robber, but is signalling his intent clearly with his beautiful greys. So how could there be any mistake?

Well… we’ve moved up to line 4 now, a place that doesn’t just look for relationship, but asks ‘What’s possible here? What can be done?’  Perhaps the 22 equivalent of that is to ask, ‘What’s this I’m looking at, really?’ It’s coming at me so fast – is it all it seems? And the line answers that yes, this is exactly what it seems: no less and also no more.

The trigram change for this line: mountain to fire, the solid ‘stop’ sign trigram becoming clear perception. Eyes are opened, the lights come on: with his beautiful plumed horses, the suitor makes marriage visible. 3.2 only needed patient constancy to carry it past its initial hesitancy, but 22.4 requires a change in perception.

‘Opposed, alone.
Seeing pigs covered in muck,
The chariot loaded with devils.
At first drawing the bow,
Then relaxing the bow.
Not robbers at all, but marital allies.
Going on meets the rain, and so there is good fortune.’

This is the longest, most complex story of the three. We’ve moved up again to the sixth line, so now the question is not ‘how can I connect?’ nor yet ‘what can I do?’ but ‘what is happening here?’ – line 6 seeks a complete overview.

This is also the one line that doesn’t mention the groom’s horse-team. In their place, at first you see pigs and a cart full of devils… but perhaps this uncanny, sinister vision is not what’s really there. 38 is the hexagram of Opposition: people who are not from inside our home, not our kind of people, but other. Line 6 – all alone – needs to rise above its natural fear and suspicion of the other before it can put aside its defences and recognise that these are ‘not robbers, but marital allies’.

When 3.2 realises that these are not robbers, that’s simply a cue to keep going; for 38.6, on the verge of treating the strangers as robbers and peppering them with arrows, it requires a complete change. With this new understanding, then they can ‘go on and meet the rain’, with its promise of new growth.

This line changes to Hexagram 54, a deeply unpromising situation for the junior bride, its positive potential very well-hidden. And the trigram change that takes us from insight to action is from fire back to thunder, where our trigram story started.

As I said at the beginning, this set of three seems to involve trigrams in telling its story, or developing its idea. Action (zhen) created relationship (dui); an established pattern of ritual (gen) gave rise to understanding (li); finally, understanding (li) can give rise to clear action (zhen). Have a look at the initial, cast trigram for each line in turn:

Thunder, and then its inverse, and then… actually, then, what looks like the two trigrams superimposed.

Combine the urge to action with stability, and you have marriage?

(I’m getting carried away, of course…) 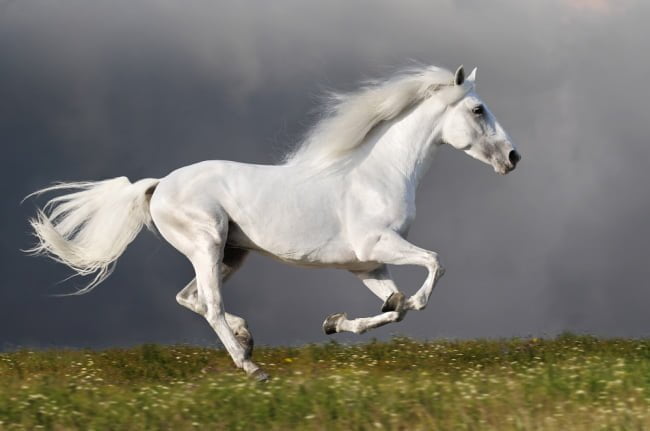 Join Clarity to get
this article as a pdf
← Yi in 19th Century Japan
Multiple moving lines, revisited →

One response to Not robbers, but marital allies