I’ve treated myself to another new Yi book – Geoffrey Redmond’s I Ching (Book of Changes) – a critical translation of the ancient text – and it got me thinking about the different aspects of the book that are visible to different people.

To start, though, a sort-of book review. There’s a lot to appreciate about Redmond’s work: a sense of humour and unpretentious straightforwardness that permeate the book; how widely-read he is (not just the ‘obvious’ people like Rutt, Kunst and Shaughnessy, but also SJ Marshall and Bradford Hatcher); his desire to make ordinary sense of the lines, and rejection of unnecessary character substitutions.

So far I’ve found the chapters surrounding the translation – on the Zhouyi’s composition and ideas – particularly interesting. I’m still reading through the translation  itself, and it has quite a few intriguing little, ‘Huh, never thought of seeing it that way…’ moments. 9.3, for instance: ‘Like the cart scolding the wheel, husband and wife quarrel.’

He says that the book is meant for ‘reconstruction of the early meanings’, not for divination, ‘but it can be used for this purpose, though with some exercise of imagination.’ (Damn, just as we were hoping for a text that would enable us to divine without use of imagination…)

Still, he also writes sensitively about divination. He’s done readings himself (and scholars willing to admit to this in public are still a fairly rare breed) – not with any expectation that Yi will speak and reveal the unknown, but with an active interest all the same. He has given some thought to what divination implies about the world (‘the nature of the Zhouyi itself implies a deeper reality that can be accessed through the use of the book for divination’), and what it might have been like 3,000 years ago, and includes a section to explain the ‘quality of the time’.

(Then he does rather spoil this impression of divinatory knowhow by giving a perfectly accurate table of yarrow/16-bead vs 3-coin probabilities, only to say, twice, that he prefers beads because they mean fewer changing lines overall. This while looking at a chart that shows 3+1 possibilities for changing lines in one method, and 2+2 in the other. Odd.)

Also interesting is what he writes about oral traditions, the beginnings of writing, and what gives words charisma. He adds the intriguing idea that some of the words of the text are not so much ‘what the oracle says’ as what the diviner must recite: yuan heng li zhen not a prognostication but an invocation; ‘no blame’ perhaps said to ward off blame.

Redmond is apparently privy to a whole lot of knowledge about what the Zhouyi definitely doesn’t contain.

‘Of the wisdom for which I Ching has been admired, not much is to be found in the Western Zhou text.’

The division into Upper and Lower Canons ‘has no thematic significance.’

‘There is no sign of literary creativity in the work.’

I wonder how he knows?

He does actually explain the beliefs that give rise to this kind of thing. For instance, yuan heng li zhen is an invocation to be recited at the beginning of every divination, and hence ‘when incomplete or omitted from the written text, it would be assumed.’ It would follow that the differences in what’s in fact in the written text – all four characters together, or none, or a subset, or with interpolations – are accidental, barely real at all. Hexagram 4, for instance, where the phrase heng li zhen is interrupted by the passage about an importunate diviner whose repeated questions interrupt the flow of divination – nothing to see here. Certainly not a sign of literary creativity, anyway…

His core assertion is this:

‘The unit of meaning is not the chapter, nor entire line text, nor the sentence, but the phrase. Put bluntly, the Zhouyi is a collection of scraps. Thus a line of text often assembles phrases without evident thematic relationship.’

‘Confusion is greatly reduced once it is recognized that the fundamental unit of meaning in the Zhouyi is not the chapter, nor paragraph (of which there are none), nor even the line, but the phrase. Phrases within the judgments or numbered lines are only sometimes related to each other.’

I’ve spent uncountable hours asking myself questions like, ‘Why would a harmonious gathering at the ancestral temple mean shame?’ Redmond doesn’t actually assume all such questions are pointless (for 13.2 he suggests the gathering might be to atone for an error, which is not a bad idea), but he does give himself a ready-made answer.

Confusion might be reduced this way, or at least interpretation might become a whole lot less time-consuming, but meaning is reduced too – and I’m not sure he doesn’t create almost as many translation and interpretation problems for himself as he solves. 51.2, for instance:

‘Thunder comes, harshly.
Many thousands of cowry shells for the funeral.
Ascend nine times to the burial mound.
Do not pursue, in seven days will be obtained.’

There are some intriguing ideas here: the thousands of cowries as a funeral offering, giving ‘funeral’ instead of ‘lost’; nine ascents of a single burial mound instead of nine hills. But as to what might be obtained after seven days, it’s impossible to say.

‘Not meeting but passing.
Soaring birds in the distance, ominous.
Truly called a calamitous mistake!’

Redmond says, ‘It is hard to make any connection between the phrases here’. Really? Hard to connect ‘not meeting but passing’ with ‘soaring birds in the distance’ when line 5 was about a successful hunt with arrows? But then if the unit of meaning is the phrase, the preceding line certainly can’t help.

What you see depends on where you stand

‘The unit of meaning is the phrase’ for Redmond. If two phrases in a line don’t make sense together, that doesn’t matter – we don’t understand because there’s nothing there to be understood.

He theorises that the Zhouyi was put together by compilers who were presented with a collection of divinatory phrases and sayings gathered from across the realm, and told to arrange them somehow among the hexagrams. (‘To be fair to the compilers, given that they had to work with a collection of randomly chosen phrases, they made the best they could with the material they had. To give an analogy, putting the phrases together into an organized book would have been comparable to taking documents out of a paper shredder and trying to make sense of them.’) All the phrases had to go somewhere, after all.

For Stephen Field, the unit of meaning seems to be the hexagram. He finds more myth and history in the hexagrams than anyone, so that his Hexagram 23 becomes a step-by-step story of Wang Hai, and 46 becomes the history of Danfu’s ‘Great Climb’ to a new Zhou homeland. This means he has a tremendously coherent concept of each hexagram. But there are also things he doesn’t see – notably, he seems to see the book more as a compilation of stories and divination records than as a working oracle, so that for him it doesn’t matter if the omens make no sense in relation to the stories.

For Bradford Hatcher, I think it’s also the hexagram: he often tells people that they need to remember which hexagram they’re reading in order to understand a line text. But he draws the line there, and is likely to mention apophenia and/or pareidolia when anyone starts finding meaningful patterns in the Sequence. (Which always means I have to stop and look them up again…) And many authors who comment on the Sequence would agree: if you can’t say why 35 follows 34, that’s because there is no reason why. Every hexagram had to go somewhere.

Stephen Karcher clarified that we need to be aware of the pair as a unit, not just the hexagram.

And at the opposite extreme from Redmond is Scott Davis, for whom the Sequence as a whole conveys meaning. It was Davis who introduced me to the possibility that the text of one hexagram can refer to others and their position within the Sequence. Since that had never occurred to me before, I’d never thought to look for such things, and – in a couple of decades of staring at the book pretty much every day – had never seen any. Now Davis has stirred me from this oblivious state, it’s amazing what becomes visible. (Redmond, we can be fairly sure, isn’t going to translate ‘in seven days return’ and start counting 7 hexagrams forward from 24; he already knows that the division into Upper and Lower Canons has no significance!)

What we’ll see depends on where we stand and what we can imagine seeing. Of course that works both ways, and there’s such a thing as an over-active imagination. But let’s keep our certainties to a minimum… 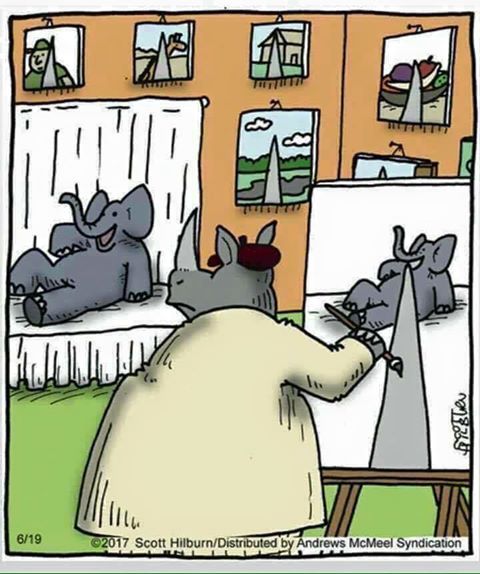 One response to Geoffrey Redmond, and what we can see