Line 3 of Hexagram 37, People in the Home, is full of noise and emotion:

What’s the story behind this?

Read any traditional translation – Wilhelm/Baynes, Lynn, or Tuck Chang – and you find a clear, if slightly anodyne, message: disciplining the family severely brings regret but is ultimately fortunate, especially compared with laxity, which leads to shame in the end.

The word I’ve translated ‘danger’ can also be translated as ‘harsh, severe’, so a variant would be ‘repenting this severity is good fortune’ (Balkin) or ‘too great severity brings remorse’ (Wilhelm/Baynes).

So overall the line advocates the middle ground: repenting an excess of severity is good, but if respect is lost, you’ll regret that too, so better to err on the side of harshness. The general assumption, of course, is that discipline is imposed, more or less successfully, by the husband. (I think it’s more important that the wife has joined the children, when here in the home it is her constancy that bears fruit. It sounds as though she’s abdicated her adult responsibilities.)

Contrast this with the very honest, perfectly unadorned translation by Margaret Pearson:

‘The family goes “shyow-shyow.” Remorse and danger, but good fortune.
Wife and children go “shee-shee.” In the end, distress.’

She adds a simple footnote:

‘It is unclear which emotions are associated with these sounds. The first may indicate anger or joy; the second may be happy.’

And this does seem to be the truth of the matter. ‘Shee-shee’ is probably laughter, but the first word seems to mean just ‘noise’, and perhaps ‘shout’. So translators are forming their own ideas of what this means, and then replacing the noise-words with ‘scold’, ‘giggle’ etc. The traditional idea of scolding and laughter comes from this being a yang line at a yang place, hence doubly strong and perhaps too harsh, and being part of two fire trigrams – the lower trigram and also the upper nuclear trigram – and hence perhaps over-heated.

Modernist translators, for whom these things aren’t a factor, sometimes come up with different pictures. Rutt has ‘a household complaining’ and ‘women and children chuckling and giggling’. Field, splendidly, has ‘the family squawks and bellyaches’.

Minford translates the noises as ‘wails and moans’ and ‘giggle and snigger’ and interprets, ‘The contrast is between a family that suffers, but learns from its suffering, and a spoilt, wealthy family whose frivolity leads to ruin.’

Redmond goes along with Wilhelm/Baynes and translates ‘regretting harsh scolding is auspicious.’ In the scene he reconstructs, a male authority figure is too severe, the wife and children giggle nervously, and he regrets having frightened them.

This is all intriguing, but how are we to know what to make of the line in readings?

I suggest we use our experience, and have a look at the wider context.

Most of the experience I can draw on with this line is confidential, but there is one personal example that seems to act as a really good metaphor for all the rest. You may already have read this story in WikiWing (if you’re not a member, you can join here), but here it is again anyway –

I’d cast 37.3 as a weekly reading, and the ‘main event’ of the week came as I was cycling home one afternoon. I glanced briefly over my shoulder and pulled out gently onto an empty road – and a horn BLARED right behind me. A double-decker bus had come to a screeching halt almost on top of me, and its driver was leaning on the horn, swearing and gesticulating.

My first reaction – after the cringeing terror – was to be angry with the driver; my next was to laugh it off. Presently this sequence of reactions reminded me of the line, and I thought I should probably learn something from this, like ‘pay more attention before pulling out’. (A little later, I also got round to being grateful to the bus driver for a) swearing and honking to be sure I got the message and b) having good reactions so I wasn’t a smear on the tarmac.)

‘People in the home honk! honk!‘

I think that first ‘shyow-shyow’ is just the noise made by something in your ‘home’, your space, that you hadn’t realised was there. The home can be a shared space, a relationship, a work project or just a mental space: in all cases, there is a factor here you need to know about, and it will make noise to ensure you notice it.

Often this means someone will literally start shouting, but it can also be any message that interrupts your thinking. It could be a financial reality that intrudes; it could also be emotional, a matter of someone else’s perspective you weren’t aware of. Other people or other factors in the home do not fit with your ideas and beliefs. Just because the bus is silent (one of those modern dual-fuel ones!) doesn’t mean the road is empty; just because X hasn’t said anything before now doesn’t mean he is happy with this.

Literally or metaphorically, there’s a bus. This may come as a shock (the trigram change is from fire to thunder), and you may wish it wasn’t there, or that you hadn’t blithely put yourself in its way. Nonetheless, there it is. You should, in fact, be glad to know about it; you do need to take it into account now. You might be able to “shee-shee” at it and trundle along for a while longer unscathed, but ‘in the end, shame’.

(To show where some of the above comes from, and flesh it out a bit more…)

To start with, this is the third line of People in the Home, and third lines are often fraught. Specifically, they often mention danger (the word occurs far more often in line 3 than any other position). This is because they’re just at the threshold between inner and outer trigrams, or inner and outer worlds: the place where your ideas are about to come face to face with outer realities. Sometimes line 3 is nervous and unsure about this impending transition; sometimes it’s too full of itself to notice. Anyone who’s taught the oldest year group of a junior school will recognise the mindset.

So at line 3 of Hexagram 37, your idea of your home space isn’t going to be enough any more; you need to become aware of everything in your environment. This line says ‘Danger, good fortune,’ something Wilhelm often translates in other lines as ‘with awareness of danger, good fortune’. I think that might be a good fit here.

Actually, this isn’t unlike Bradford Hatcher‘s take on the line – that bringing things into the open, even heatedly, represents an opportunity to sort them out. Stephen Karcher in Total I Ching has a similar idea: time to ‘clean house’ of old habits and past mistakes, whereas ‘giggling’ amounts to just letting things go on as before. The protagonist of this line only goes really wrong if s/he fails to sit up and take notice. That’s the meaning of ‘shame’ – or ‘distress’, as LiSe translates it:

“If it is part of an answer: wrong or distressing emotions are involved. If you change them, then very often harm can be avoided. Not bothering is one of the oldest meanings: not taking care of things means distress is sure.”

“Rather than an intuition that it’s time to change direction, shame is often the consequence of not having changed direction. (‘Constancy brings shame’ or ‘Going on, shame’.) By continuing in unawareness, you run yourself into greater difficulty; shame can also mean being stuck.”

(from the Language of Change glossary)

This line changes to 42 – but why would the Increase of People in the Home be so loud and uncomfortable? What’s the connection?

In my book, I suggested, ‘An influx of energy intensifies emotions, challenges the established ways and puts the relationships in the home to the test.’ The simplest way to see this is that it’s People in the Home, with more – more energy, more ideas, more purpose. If there are latent differences in the home, turning up the volume like this will magnify them.

‘Increasing, fruitful to have a direction to go.
Fruitful to cross the great river.’

– so it is tremendously energetic, wanting to take purposeful action and commit to something new. And in practice, when it’s about larger-scale things than cycling home, the line does often seem to be about people with big plans and grand ideas. Which is all good, of course, provided you notice what wasn’t in your plans.

A ‘line pathway’ is a route between related lines that you can travel to explore the themes and implications of the line you cast. Beginning at the cast line, it first crosses to the zhi gua and then looks back towards the cast hexagram along the fan yao, the ‘reverse line’. 37.3 changes to 42, and 42.3 goes the other way, back to 37:

‘Increased by means of disaster work,
Not a mistake.
With truth and confidence, moving to the centre,
Notify the prince using a jade baton.’

Then we reverse things in another dimension, as it were, by walking round 42 to look at it from the other end and see Hexagram 41. 41/42 is a single pattern of lines –

‘Decreasing your affliction,
Sending the message swiftly brings rejoicing.
Not a mistake.’

‘Opposed, alone.
Meet an inspiring man.
Joining together in trust,
Danger, no mistake.’

The sequence of this walkabout isn’t important – the interesting part is exploring the different perspectives to see what they can tell you about the original line.

42.3 might show something you’re aware of or a way you have of seeing things when you’re at 37.3. ‘Increased by disaster work’ or just ‘Increased by bad things happening’ – that’s the belief behind many interpretations of the line, that severity, or being made aware of problems, or bringing them into the open, will be useful to you.

The line goes on to describe how the ‘increase’ is possible: when you act truly and confidently and notify the prince. Field, for one, thinks that this notification is that the city needs to be moved – not a welcome message, but a useful one. In any case, it’s important to get the message to the centre, speak truth to power. And 41.4, the paired line, has the same core idea: send the message to make the necessary changes.

This pathway of lines connects the domestic space with affairs of state – two realms that were seen as naturally connected. You can imagine the message of change transmitted along the wire, out from the home and into the larger concerns of princes and messengers: there is disquiet, the disharmony is felt at the very heart of the home; this must be a sign that we need to change.

And on the other hand, you can imagine the message of change travelling back from 41/42 to 37/38. When it reaches the orphan, outside the home, it appears as an inspiring, vital connection. To join with and trust it is still dangerous, but not a mistake. (Perhaps it feels like decreasing an affliction.) But when it enters the ordered space of the home, it comes as disruption and is greeted with complaints – or a reluctance to take it seriously. 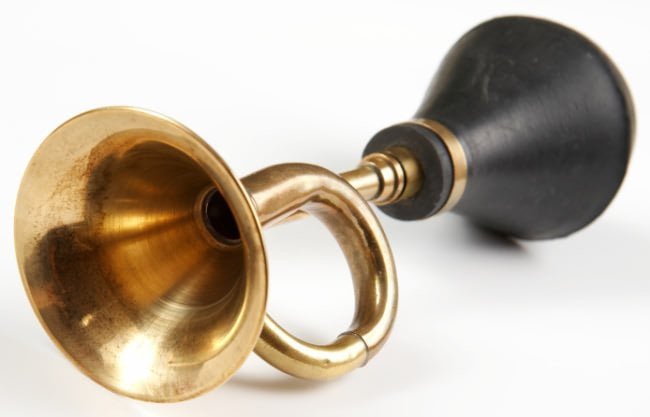 ← Geoffrey Redmond, and what we can see
What’s wrong with carting corpses, anyway? →

2 responses to The noises of Hexagram 37, line 3