The name of Hexagram 51, zhen 震, means Shock, Quake, and encompasses both thunder and earthquake. (Nowadays there is a specific word for earthquake made of the components ‘earth’ and ‘zhen’.) The old character has two components: rain, and chen, the name of the fifth Earthly Branch in the Chinese calendar – which also means a plough, something that breaks open the earth.

Thunder, for the ancient Chinese, was not just the harmless noise created by lightning: it was the tangible action of a lightning strike, a thunderbolt, which was Heaven’s instrument.

Thunder means you must be alert, because Heaven’s laws are in motion. In the Liji, the Book of Rites, it’s said that if there is thunder, strong wind or violent rain, even in the night, the gentleman ‘must change’ his attitude and expression: he will ‘get up, dress himself, put on his cap and take his seat.’

Also, at Spring equinox when thunder is about to speak, people are warned to be careful of their behaviour to avert calamity. (It even says a bell would be sounded 3 days before the thunder, to give people advance notice…) This was also a time to correct all weights and measures.

So if we think of Hexagram 51 as ‘Thunder’, we need to be a little less rational, a little more awestruck. And, of course, we can also think of earthquakes.

For me, this has always evoked a vivid scene: crowds, cries of panic, hysteria, people running in circles like headless chickens. The space is filled with emotional noise, leaving not much space for reason.

Then in October 2008, the year of the financial crisis, I asked Yi a wide-open question: ‘What do we need to understand about money? Tell us one thing we need to know about it.’ I received Hexagram 51 with no changing lines. That gave me a new, crystal-clear image of 51’s emotional din: the then-familiar scenes of panic and tumult on the stock market floor.

Hexagram 51 is a shock to the system, a wake-up call. Often – as in 2008 – it’s the shock of learning that what you always assumed was real, is not. Mental edifices shatter; the ground gives way beneath you.

51 is the exact opposite of 57, Subtly Penetrating – the hexagram of wind and roots. There, change comes subtly, gradually; it’s something you get to know from the inside. This is exactly not like that: change strikes as if out of nowhere.

In many readings, this is talking directly about a specific, recent shock, whose effects you’re still feeling. It also describes any situation where your emotions are stirred up – ‘fear and terror’, ‘shrieking and yelling’ – and liable to run the show altogether. In my own journal, I’ve found two readings in the past year with 51 describing the ‘Fear Of Missing Out’ evoked by a deadline: ‘Buy this now, before it goes away forever!’ I seem to be ridiculously susceptible to those. Maybe a good summary of Hexagram 51 in such cases is, ‘Triggered!’

As relating hexagram, 51 may be less direct. Here, say these readings, is how that primary hexagram is shocking and unsettling. It’s describing an underlying insecurity, as for instance when you’re afraid of triggering someone else’s anger. The ground doesn’t feel quite firm under your feet.

When 51’s the relating hexagram, I found (from a ‘cast history’ search of my journal) that the swirl of emotions involved isn’t my primary focus; the Shock’s often more past or future than present, and I may not even be fully conscious of it. (There’s one entry, describing the aftermath of someone’s rejection of a small group of friends, where I solemnly describe how the other people affected are upset and angry, but of course I’m not. Right.)

Not losing the ladle

Of course, Hexagram 51 doesn’t only evoke a scene of panic: there is also someone who ‘does not lose the ladle and libation.’ The essence of the paired hexagram, 52, Stilling, is already here in seed form: staying quiet, holding still; keeping a firm grasp on what matters.

However, Hexagram 51 is also specifically not Hexagram 52. The Zagua sums it up:

Stilling is a time to resist the shock, stand firm, refuse to be moved… and Shock isn’t. Its energy gets things moving. (When there are lines changing in 51, you can often see how its energy flows into the relating hexagram and sets that in motion.)

Holding onto the ladle is not something you do despite the storm / earthquake – it’s not that you’re withstanding the shock, more that you’re connecting with it. Thunder is the voice of Heaven; the shock itself is sacred. Not losing the ladle means not relinquishing your connection with the sacred power that speaks through the storms. That connection – the human way of responding to the spiritual energies in the world – is renewed and revitalised.

Don’t go back to sleep

When you receive Hexagram 51, you’re going to try to avoid joining the headless chickens – but that doesn’t mean you should ignore the emotional turmoil, refuse to be sidetracked and carry on as normal. The fear Shock evokes is typically quite justified, and you can put it to good use – like the noble one of the Image:

‘Rolling thunder. Shock.
A noble one in fear and dread sets things in order and is watchful.’

Now is a good time to wake up. ‘Don’t go back to sleep,‘ said Rumi. This is how you keep your grip on the ladle, not by blocking it all out.

Hexagram 51 is formed of the trigram zhen doubled, and gives its name to the trigram. (At least, it’s probably that way round.) So this is rolling, repeated thunder: successive waves of shocks. (In this article by Charles E Hammond, you can read several stories that show how thunder persisting in one place signifies Heaven’s intent to deal with something there.)

Imagining the two trigrams as pictures of your inner and outer worlds, you see how they’re in sync: it’s right to be inwardly shaken by outward shocks.

The Shadow of 51 – exactly how not to conceive of it – is Hexagram 14, Great Possession. Yes, in a time of Shock you can have a firm grasp on the sacred; you can even know for sure that nothing vital is lost – but this ‘possessing’ should not be your focus. In the Image of 14, the noble one can ‘yield to Heaven and rest in her mandate;’ there’s a sense that ‘God’s in His heaven, all’s right with the world.’ Shock is not like that. This is no time to relax.

Indeed, the nuclear hexagram of 51 is Hexagram 39, Limping. So Shock is one expression of the core truth of Limping: that life is hard, the Mandate of Heaven makes heavy demands, and you may need to turn yourself around entirely and change everything. Wake up, says Shock, and set things right.

Shock follows from Hexagram 50, the Vessel:

‘In charge of the sacred vessel, none equals the eldest son, and so Shock follows. Shock means new beginnings.’

‘In the family of trigrams, thunder is the first son of heaven and earth, entrusted with the sacred vessel. As the old is overthrown and the new embraced, he stands at the gates and opens them to the new time. This brings both the emotional experience of shock, and also the awareness of a sacred connection that continues and is renewed through upheaval.’

The Tuanzhuan, commentary on the Oracle, elaborates on the same theme:

‘He who comes forth to protect the ancestral shrine and the altar of the spirits of soil and grain becomes the president of the sacrifices.’

This is part of a bigger story evoked by this segment of the Sequence of Hexagrams. The Shang dynasty had become corrupt: offerings were neglected; the relationship to the spirits was damaged. The Zhou people ousted the old regime (echoes of Hexagram 49, Radical Change) and replaced them with a new state (echoes of Hexagram 50, the Vessel).

Hexagram 51 evokes the truly spectacular upheaval of this change – but it’s not just a matter of upheaval; more importantly, it’s the continuation and renewal of the relationship between people and spirits. Moreover, it’s not just a matter of replacing the corrupt old regime with a realigned new one: Wu, the new Zhou king, had both Zhou and Shang roots, which meant he could make offerings to both Zhou and Shang ancestors. In a sense, this is also restoration.

In readings now, this is still one of Yi’s most direct, relatable images. These are not the end times; the sacred connection is renewed, and life will go on. Amidst the panic, how can you hold the ladle so securely that nothing is spilled? 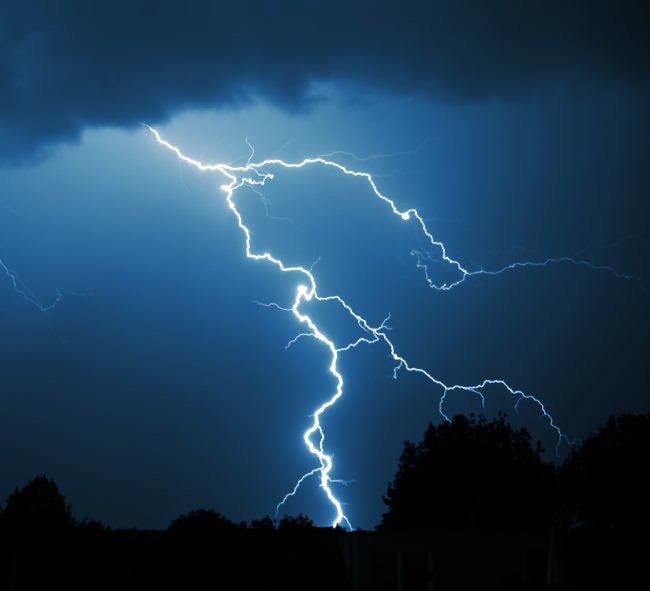