(Or – how I learned that while there are problems inherent in asking for a prediction, there are even more problems with trying to make rules about what kind of question is best.)

The well-known problems with asking for a prediction

It’s not what we want to know

Often, wanting a prediction is a thin veneer over what we really want. Sometimes I’ll encounter a beginner who wants more than anything to know what to do or how to be now, but who feels obliged to ask what’ll happen, because isn’t that the kind of thing you’re supposed to ask an oracle?

Logically, it’s hard to see how the real question could ever be ‘What will happen?’ because knowing the future, on its own, makes no practical difference in the present. Some years ago, when my Mum was seriously ill, I thought of asking Yi for her prognosis – but digging a little deeper, found that what I really wanted to know was what on earth can I do with myself?

I think that’s very often the hidden question: if you feel the need to know the future so you’ll know what to do now, you’re really asking, ‘What to do now?’ – so ask! As well as being a simpler, more honest approach to the oracle, this gives you an answer you can use – an answer that can create change.

It can be alienating

Asking ‘What will happen?’ can be a sign of disconnection. ‘The future’ that can be predicted is imagined as something quite separate from us – there’s no sense of an unfolding process of creation in which we might be involved. It’s not just that we don’t see how to apply our own strength or will – if that were the issue, we’d be asking ‘How to…?’ – but that we don’t see how our strength and will has any part anywhere at all. This is profound alienation: like standing on the banks of the river of life, watching it flow past, and keeping our feet dry.

Does it even make sense?

Asking for a prediction seems passive, and logically like a waste of a good question… but does it even make sense? This depends on your point of view, of course. The more fatalistic you are – the more you believe that some things are just destined to happen to you and some are not – the more it makes sense to ask for predictions. I’m more inclined to think of people as mostly the authors of their own lives, so a lot of prediction questions just don’t make sense to me – they don’t seem to acknowledge the real world.

A reading that taught me a lesson

So with all this in mind, when (maybe ten years ago) I had a client who wanted a prediction, I talked with her about her question choice: how it was really a bit like asking, ‘Will I ever stand on the summit of Everest?’ It can’t happen unless you intend it, prepare and try. How there wasn’t already a carved-in-stone future where this happened or it didn’t – there was only a process of her moving towards it, or not.

She understood what I was saying and agreed, and we went ahead with a reading about how she could become ready and move towards what she wanted. At the end, feeling I’d done rather a good job interpreting and communicating the reading, I asked if she had any remaining questions. And my client told me politely and resignedly that the reading was very interesting, but ‘really I just wanted to know if it would ever happen.’

In other words – the reading had not reached her and had not helped. So much for ‘logically’, so much for ‘sense’, and so much for ‘an answer that can create change’.

Never, ever again have I tried to talk someone into asking a completely different question. If someone asks for a prediction, I will scratch a little at their question to see if there’s another one hiding beneath it – ‘What difference would it make to know that?’ – and then I accept what they’re asking. (The introductory call before a reading is no longer about ‘helping to choose the best question’ but about ‘finding the question you are asking‘.)

The human desire for predictions isn’t going away. It’s something to respect, and try to understand.

Why do we want to know the future?

Why do we want to know what will happen? Actually, I think we don’t – not quite. That really would make for a tedious, pointless life, wouldn’t it? If you know it all in advance, why bother having the experience? What we want is to feel that our desires might be aligned with reality – in other words, we want hope.

As I said, asking for a prediction can be a sign of disconnection. It’s also a sign that we want to connect – even if only to dip a toe into the river. These questions express a will to re-engage – if that will weren’t present, we wouldn’t be asking at all. We’ll try navigating the realms of possibility, if someone will just give us even a fragment of a map.

In theory, this could be part of a logical decision-making process: if what I want’s possible, I’ll persist in trying; if not, I’ll divert my attention to something else. Lines from a rudimentary computer program: ‘If… then… else…’.

In practice, I don’t believe logic has much to do with it at all. For one thing, it’s a rare human being who can truly redirect their attention and energy just because that would be the rational thing to do. No… that’s a matter of emotional readiness, and we might set up camp at the crossroads for a long time before it arises. It’s much more likely that we’re divining as a way to court that readiness, tentatively and experimentally.

Engaging with the unknown

It’s difficult, not knowing what’s going to happen. This seems to me to be a very basic human experience: there’s a process going on here that’s outside my realm of knowledge; I want to connect with it and participate in it, enter into its realm and get a glimpse of how it unfolds. So I divine. (It doesn’t matter if that process might be ‘the game animals are migrating’ or ‘the stock market’s moving’ or ‘my boyfriend’s changing’ – the impulse to divine is much the same.)

Divining lets us engage our will with the unknown. Even a partial, blurry vision of the future has the power to move us in the present. Without seeing the future harvest, how could we go out in the cold to plough? The vision is the first step to full engagement in creating. With the idea that this is possible, we can form an intention, and then we can start exploring ways to make it manifest.

The other difficult thing about the future: it’s not in our control. If I don’t go hunting, I know I won’t catch anything – but I still might not catch anything even if I do. And in practice often you want to ask what’ll happen because what you want isn’t happening (is making a real habit of not happening, in fact). So there’s an atmosphere of weary helplessness at that camp at the crossroads, and maybe letting the intention go starts to look possible, after all.

Then asking ‘What will happen?’ is still a way of creating a present stance: something to lend new shape and power to how you engage.

This seems a good moment to remember that the question we ask is important for us – so we know what we’re asking about and can listen better. The Yi will give us the answer we need anyway. So the distinction between ‘prediction questions’ and ‘advice questions’ has a lot to do with how we listen, and not much to do with what Yi can say.

Even then… recently I’ve done one reading where the person was asking ‘what will happen?’ but received the answer as ‘how to be’ and one where the person was asking ‘what to do?’ but received the answer as both advice and ‘what will happen’. And both did unquestionably receive the answer: these were readings that ‘landed’ – unlike that early effort with the woman who just wanted to know if it would ever happen.

My mistake there was to try to push her straight to ‘How can I?’ when she didn’t know whether she could at all, and had no way to bridge that gap between ‘if’ and ‘how’. The right response to all those problems with asking for a prediction isn’t to substitute a different, more proactive question, any more than a brisk jog is a good cure for a broken leg.

Also, at the opposite extreme, there can be a certain arrogance behind ‘How can I?’ – insisting that the universe dispense the required answer, regardless of what’s real. (A wise friend once described this as treating Yi as a mail-order catalogue.) Such questions can be every bit as disconnected as ‘what will happen?’

Yet it’s still good to question the impulse to ask for a prediction. Perhaps there’s a simpler question behind it about how to be, now. Or perhaps a fog of insecurity is obscuring direct experience: ‘I can’t let myself want this until I know for sure I can have it.’ There’s a tremendously fine, grey line, though, between that and ‘I’ll be able to invest in this once I can see it’s possible for me’ – between postponing life until we know for sure, and being able to believe – or suspend disbelief.

There isn’t a right question, or even a better question. But in each case there’s an honest question that allows the fullest engagement with life, and that – I think – would be the one to ask.

(Note: a reading behind much of this article:
Question: ‘Yi, why do we ask for predictions?’
Answer: Hexagram 45, unchanging.) 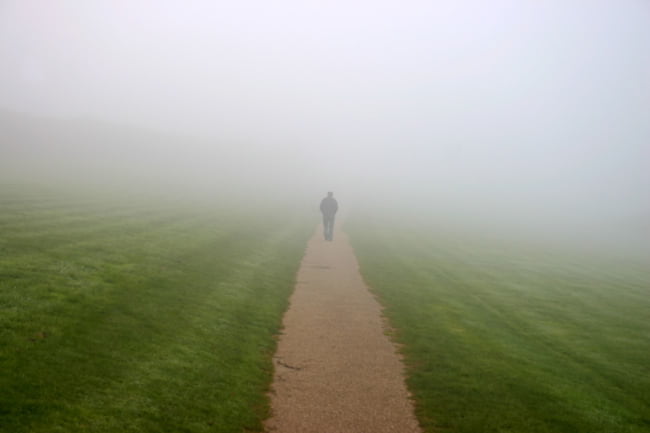