A friend who works as a coach/counsellor, who’s learned from and drawn on probably hundreds of sources as she develops her own way of helping, has recently had a couple of teachers ask her for payment for her use of their intellectual property.

I was bemused, because this is something I’ve never needed to think about at all. Which is just as well… imagine if I were paying Stephen Karcher for use of the terms ‘relating hexagram’ and ‘change pattern’, and Bradford Hatcher for every time anyone on this website mentions ‘fan yao’ or refers to a reading with the shorthand he developed of ‘23.4 to 35’. I’d be living in a bin bag.

(Note… I don’t mean copyright. Yijing authors, like other authors, claim copyright in their work and do their best to stop people from stealing it. When I found my whole book on a file-sharing site, I wasn’t slow to ask the person who put it there to remove it. But copyrighting your words is not the same thing as trying to own the ideas they express. My friend isn’t trying to copy chunks of her teachers’ books into her own work, but to use adapted versions of processes – guided meditations and the like – that she learned from them. And she needs to pay to do that.)

Happily, no-one seems to use ‘Yijing’ and ‘intellectual property’ in the same sentence. I’m very grateful –  and I also wonder, why not?

In the first place I suppose it’s because the Yi itself is about as far from anybody’s property as any human activity can be, except perhaps breathing. Anyone trying to claim ownership of any of it would feel ridiculous. What we can own – our translations, our writings, our own work – is obviously a drop in the ocean. (Bradford says something in his introduction about the great dragon, amused, allowing people to scrawl their names on its scales. That sounds about right.)

Also, it’s peculiarly difficult with the Yi to work out whose idea it is anyway.

Take for instance how we think about the changed hexagram of a reading: the one that results from changing any moving lines to their opposites. Most books will tell you that it represents the future, what happens after all the lines have happened – and as you probably know, that isn’t necessarily true. It’s more like a background, a ‘where-you-stand-in-relation-to-this’ hexagram, which is very much present at the moment of casting. That’s a pretty fundamental concept for understanding Yi; who owns it? Well… I think I must have learned this from Stephen Karcher – he’s certainly the first person I encountered who actually wrote this down. But whenever the subject’s come up at the I Ching Community, there have always been plenty of people who’ve come to the same conclusion on their own, simply by learning from their own readings.

It’s the same with more technical aspects of readings: if there is something to notice, more than one person will probably notice it. I believe LiSe Heyboer noticed ‘line mirrors’ and Stephen Karcher noticed ‘looms of change’ at much the same time. (I call these ‘line pathways’; they are not my idea.) Or change patterns – the hexagram-shape made visible by looking only at which line positions are changing, so for instance the ‘pattern’ of any reading with line 1 changing is either hexagram 24 or 44. This is another thing I learned about first from Stephen Karcher, who mentioned the yin pattern (but not the yang) in his How to Use the I Ching book. I adopted it, adapted it, looked at the yang one too – and subsequently found both yin and yang patterns described in lots of different ways by several different people around the internet, all of whom had ‘discovered’ them for themselves.

And I think it’s the same for our ideas of hexagrams, too. Who owns the idea that Hexagram 29 can mean, ‘Here you go again, back with this stuff you really need to learn’? Or that 16 can mean ‘castles in the air’? Anyone?

Putting technical things and hexagram ideas together… suppose I teach people that hiding your light from view, so no-one can really see who you are, is a way of doing the inner work of liberation. So too, I might say, are sitting in stillness, or doing one’s own work with authenticity and without inflation. And then, perhaps surprisingly, so is a focus on expressing truth (or an aspect of it) beautifully to make it fully visible.

I could unpack these ideas at some length – but that doesn’t make them mine: they’re encoded in nuclear hexagrams. Although I haven’t come across anyone talking about them in the same way, the odds are that someone else has said all this before me, and with greater understanding.

Everything we can notice about the Yi has always been there for anyone to see, and Yi is unimaginably ancient. Apparently nuclear hexagrams (as opposed to nuclear trigrams) are a comparatively recent discovery, so that leaves a mere millennium or so for someone to have got there before I did. Really, who is going to dare claim to be the first person to know anything about Yi?

Also… Yi is ancient, and it is present. Lots of people turned out to have noticed that the changed hexagram was not a future hexagram, because Yi had shown them as much in their own readings. I’ve just shared some ideas about nuclear hexagram 40, and maybe one of these days you’ll notice Yi is using a pattern of 40 as nuclear and primary hexagram in your readings to speak to you. If that were my ‘intellectual property’, what could I do about it? Invoice Yi for its unauthorised use of my ideas? 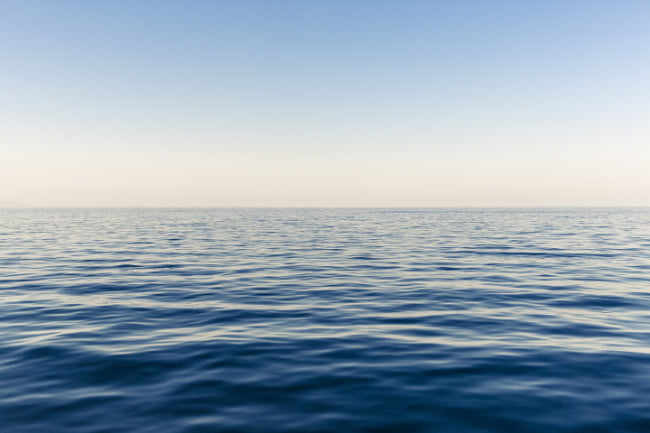 ← Why reading for others can be hard
Yi, emotions and decisions →