On the 21 of march I went with the camera to the woods nearby and made a series about hesitating new life on last years death, moss flowering and clammy situations after a long and snowy winter.
It all reminds me of hex 24, the returning.
Formally hex 24 is associated with the 21st of december (anyway, in the northern hemisphere) when the days start to grow again, the light returns. But for our feeling then the winter is just getting pace and 24 is happening with the first days of spring.
Catkins appear, shoots shoot out, insects emerge from dark places, a hesitating green paints trunks and stones, mosses flower. And all this happens on a carpet af dead life from last year.
And yes, the skies and waters are flocked with horny birds.

I am talking about early spring, when things are still very fragile and hesitating, not yet about the full swing of spring, that has much more to do with thunder and hex 19. 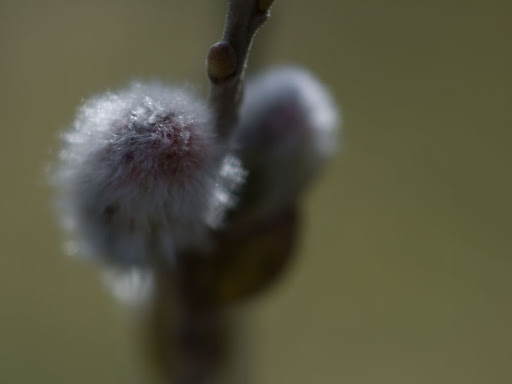 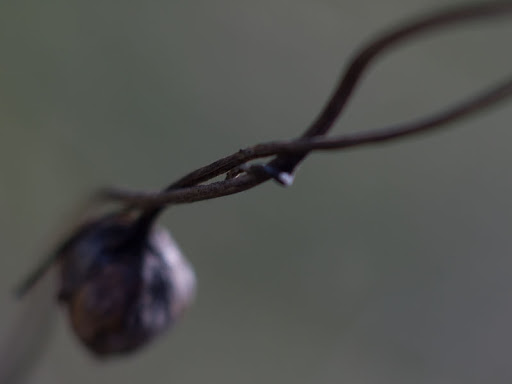 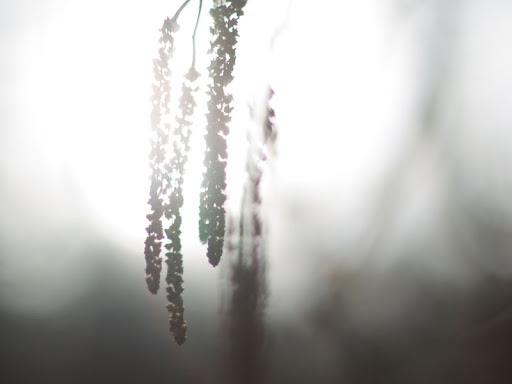 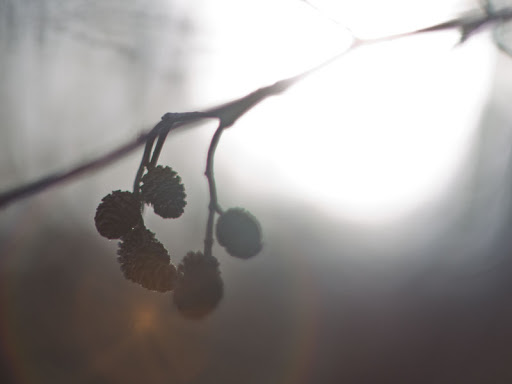 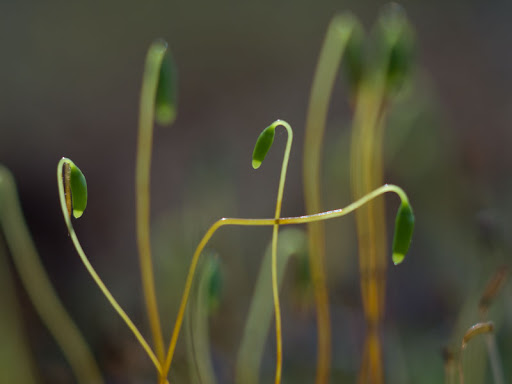 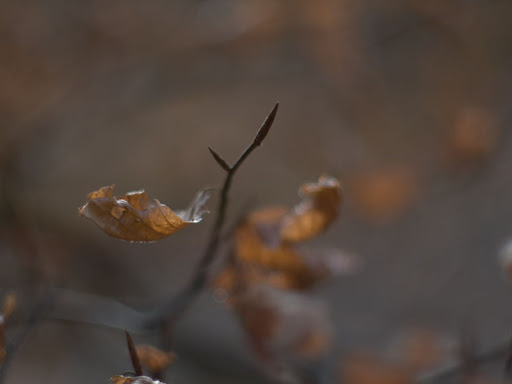 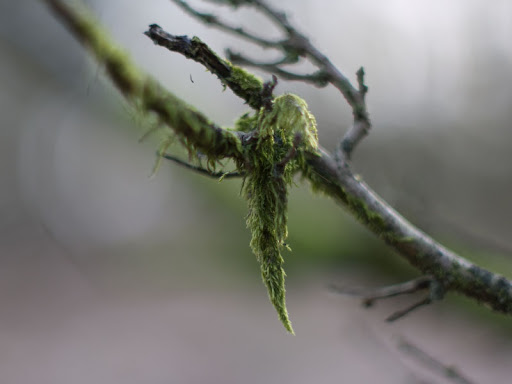 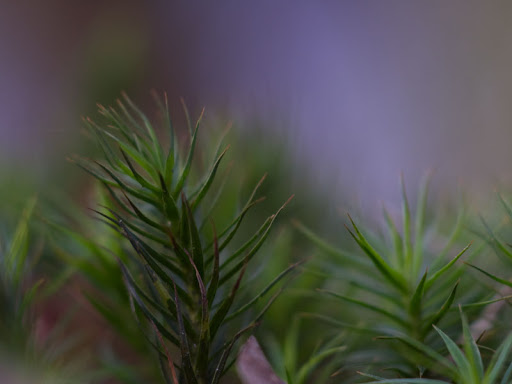 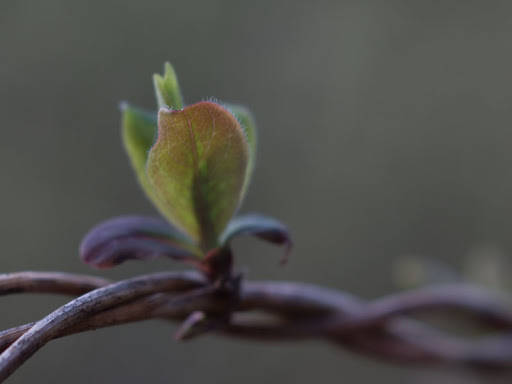 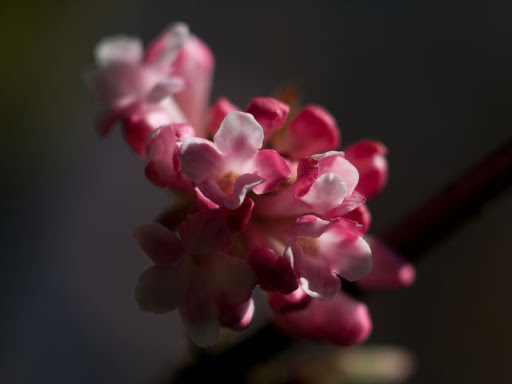 Close-ups are a treat. Nice pics.

As for 24, I see it two ways: one is the way that you've illustrated here - a cyclic return. Another way is return in the sense of 'going back to where you were before'. Nature does this via cycles, but people sometimes do it by means of backing up.

And this past 21st of March 2010 was a totally new, different and unique vernal equinox with an associated I Ching Oracle of hex 10.2>> hex 25.

jilt, your photographs are truly unique and beautiful!

As I contemplate and try to understand Hexagram 24, it seems we have moved from an incubation state which served as a time of reassessment to an awakening of either being slightly changed our totally transformed. As dobro mentioned, it is a continous cycle; It does seem as if these cycles have a life of their own and move through decades of disappearing and then reasserting in new forms. We reach for, find, lose and find again a new awareness, a faith that arises during times of strengthening and growth. Not only that an inner growth has taken place within us as well.

Is this a process of continuous inner growth as well as a connective experience where we must pass through cycle after cycle of experiencing, absorbing and reconstructing our individual spiritual history ? Is the purpose of Hex 24 to eventually take us beyond ourselves, then drawthose memories back to ourselves? And to the depth of these experiences, as we recall them we also reenter them?

thank you all for contemplating,

Ravenstar, frankly speaking, the only thing in mind when I made those images on the 21st of march, was the thought of days getting longer then 12 hours. When I was in the wood I realized that it might be the first day of spring, but some bursting out in nature had nothing to do with it, that is an image of hope we have in the northern hemisphere on moderate latitude. There was spring allright, but is was a very hesitating new growth, you almost had to look for it with a lookingglass. Hesitating, couragious new shoots that have to be tended, cared for. But who cares? the sun? The wether? The blanket of dead leaves? Then, the bacteria and funghi that make things rot and give some warmth? The unseen gardener?
With the vegetation come the insects, they belong together.
Later, at home I realized it looked much a 24- situation: tender new growth. That is much more as we emotionally experience it. The easter-candle that christians stole so nicely from the pagans.
But in terms of the formal energy-cycles in the yi, as suggested by the sung-philosephers, and later by e.g. Ni Hua Ching, Sherril and Shu and many others, the 21st of december midnight is total yin, the 21st of june midday is total yang. The first month after the 21st of december is developing in 24, march should be already something like hex 11, by now with a 4th line changing to 34. going on like this you go to high-summer on june 21 (again, for the northern hemisphere). So, life follows slowly the astronomical energycycles, the further you go from the equator the more retention so to say.
And of course we can make deep philosofies with those cycles, they are an invitation for unfoiling countless metaphores, including spiraling cycles that give moments of reflection and learning, transformation and feedback, like the images of the yi.

ehh, by the way, hex 3 might also be very applicable to those images...., new growth under clammy, moist and cold conditions.
Last edited: Mar 27, 2010
M

jilt said:
ehh, by the way, hex 3 might also be very applicable to those images...., new growth under clammy, moist and cold conditions.
Click to expand...

I have come to this thread many times and was so absorbed that i didn't make any comment. But of course its your fault But Looking at the 5th from the top photo i though to ask you put it on the Yi images thread. Its so hex 3 to me.

Thanks for sharing Bert.

May i use that photo at my blog ?
J

of course, you have permission.

and by the way, I just found a much better nr3
M

jilt said:
of course, you have permission.

and by the way, I just found a much better nr3
Click to expand...

Thanks for the permission. Me happy Will put a link under the picture .

ehh, by the way, hex 3 might also be very applicable to those images...., new growth under clammy, moist and cold conditions.
Click to expand...

It is not required that you know beforehand that 3/21/2010 is a most special day (technically the day after the Vernal Equinox in the evening of 3/20 GMT) The first full day of the New Spring. It will make itself clear in the following days (very hex 24). The meaning of the day is given in its horoscope. The photos you took were your contribution to making that special day permanent.

I would disagree that hex 3 has any thing to do with clammy moist or cold conditions. It is about the beginning of the Spring Growing Season in the expected Thunderstorms that give rare water to germinate the seed into the new crop.

By its structure, hex 3 with only Yang lines in the first and fifth place represents the beginning of artistry. The artist has only his plan in his mind (line 5) and his chisel or other tool in his hand about to make his first mark upon his medium (first line). They did not know of photography in 1100 BCE, but it would be your plan to take photos that day and your camera focused about to snap the shutter.